UM-Flint teacher shares love of music in many ways 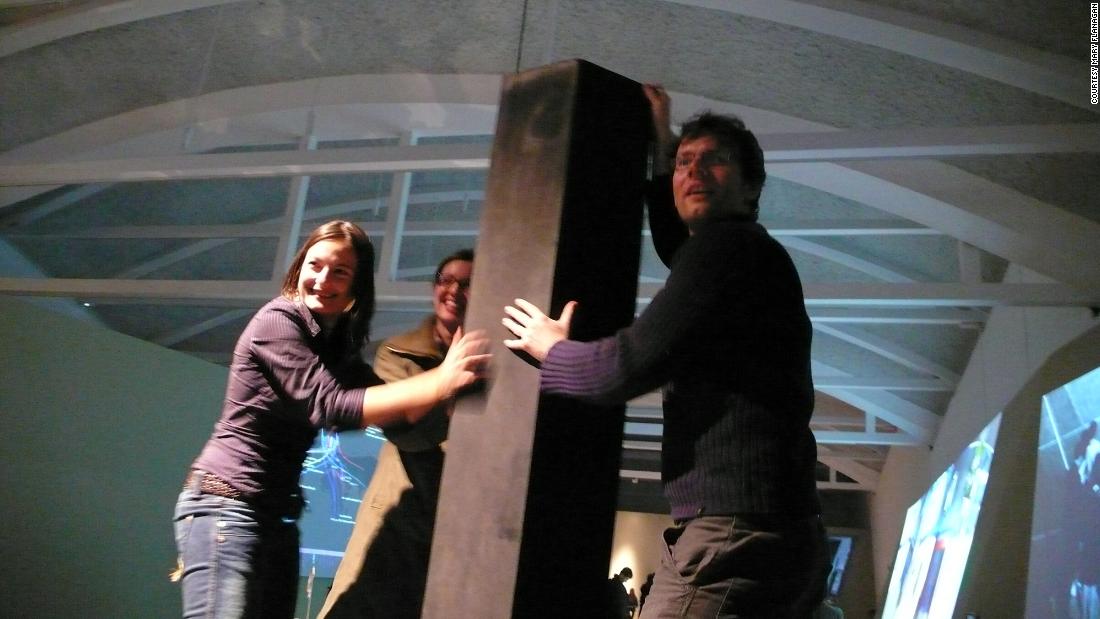 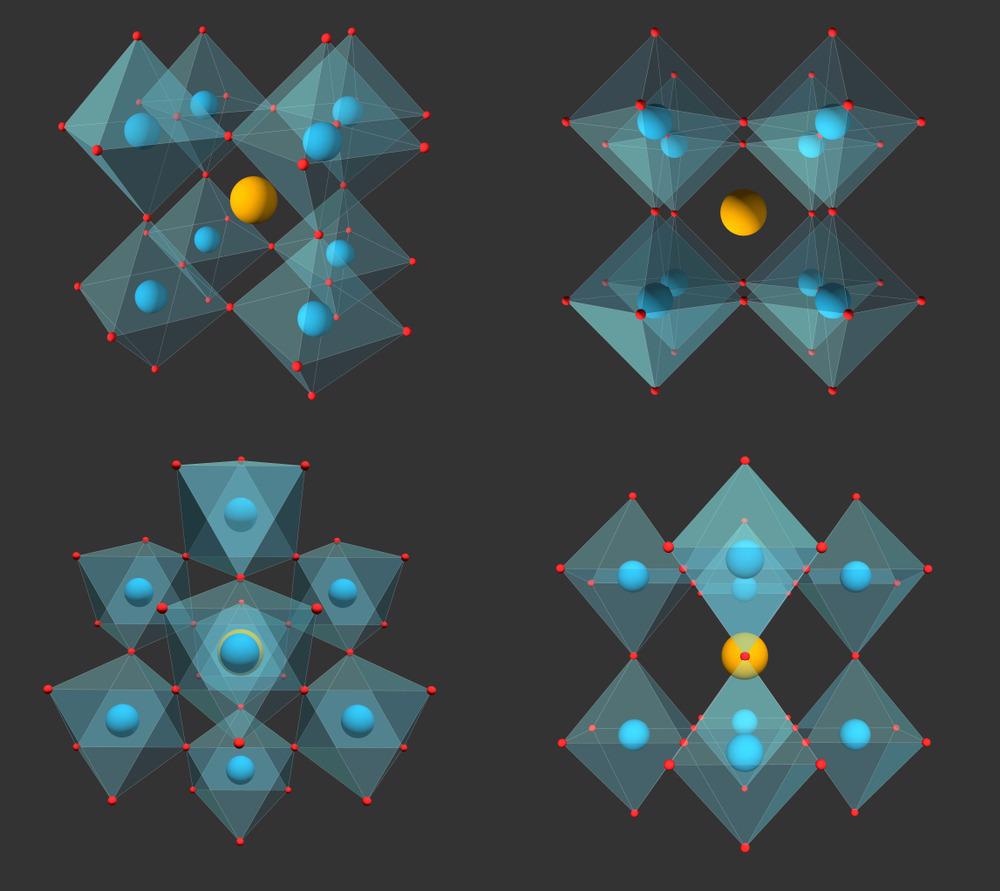 Brian DiBlassio’s mother learned she had to take piano lessons as a child.

Her parents decided not to force their children to do the same, instead waiting for the desire to come.

It happened for DiBlassio when he was 9 years old.

“UM’s piano education program offered free piano lessons to children in the local elementary school. I came home and said, ‘Hey, mom, can I pick up the piano?’ “, he said. “The next thing I know is there’s a piano in our living room, and the rest is history.

“It’s just one of those situations being in a city like Ann Arbor where you have all of these opportunities and culture, I definitely took advantage of it.”

DiBlassio, Associate Professor of Music at UM-Flint College of Arts and Sciences, turned those early piano lessons and experiences in an improv group as a youngster into a fulfilling music career and lifestyle. .

Originally from Ann Arbor, DiBlassio attended Martin Luther King Elementary School and was part of a group called King Combo under the tutelage of teacher Nancy Todd. DiBlassio was drawn to the drums in Todd’s bedroom, and so became the band’s drummer during improvisation performances at a local restaurant.

“We had concerts when we were kids in elementary school,” he said. “We had drums, brass, it was amazing. She had a great influence. After I started playing the piano, I thought to myself, “I can’t get enough of it, I want to hone this skill. My brother loved music too, so there was a little competitive push there.

“I have always stayed with it and still love it today.”

During his undergraduate studies at the University of Miami, DiBlassio played the snare drum for the Hurricanes Marching Band. At the end of the 1991 season, Miami was invited to play Nebraska in the Orange Bowl for the national championship. The Orange Bowl was played at the Miami Stadium.

“Part of the fun thing about being in the marching band is if you do these championship games, they take you anywhere. Where have they taken us? The orange bowl. Where did we stay? Our dorms, ”he joked. “I went home to Michigan (for vacation) and got brought back to the dorms for the championship game, then I went home and went back to school. It was crazy.”

In 2014, he helped the non-profit organization El Ballet Folklórico Estudiantil form a mariachi band by putting the organization in contact with students from UM-Flint. A few years later, a group from Mexico City visited the campus and the association, and Susana Quintanilla, founder and director of the association, asked DiBlassio to offer them a jazz clinic.

“I was teaching mariachi musicians from Mexico how to play jazz with their authentic mariachi instruments. We’re talking about a Mexican harp and a big Mexican guitarrón guitar, and I was teaching them Miles Davis in a three-day masterclass clinic as guest musicians, ”he said. “It was fun, and it was great to review and support the original idea (from the mariachi band).”

He has several outlets for his love of music, including the group Los Gatos. Formed in 1997 by Pete Siers, Los Gatos plays a variety of Latin jazz. DiBlassio has been with the band since 1999, after Siers met him on the independent jazz circuit. A few years later, DiBlassio’s older brother Al, who goes by the name Owl, joined the group and they remain teammates.

The group performs primarily in Michigan and Ohio, performing at the Ann Arbor Summer Festival, Michigan Jazz Festival, and Detroit Jazz Festival, to name a few. One of DiBlassio’s highlights with the band was when Los Gatos shared the Michigan Theater stage with acclaimed Latin jazz pianist Eddie Palmieri in 2004.

“The funny thing about the way Pete leads the band is that we learn entire records, one record at a time,” he said. “We study and we immerse ourselves, listen to it, learn to play it and then go play it. Right now our repertoire has about 25-30 records that we can play.

In addition to Los Gatos, he plays with Tumbao Bravo, another local Latin jazz group. He also recently performed at the Kerrytown Concert House during Latin Heritage Week with Grupo Escobar, a quartet which also includes his brother.

DiBlassio said his most important project to date was to write “Suite in F” which combined 17th century French Baroque music with jazz, a collaboration between musicians from UM-Flint, the Flint School of Performing Arts and the Conservatoire de Limonest in France. He and musicians from the Flint Symphony Orchestra, UM-Flint and the Ann Arbor Campus recorded it at the James and Anne Duderstadt Center in 2019.

“I have always made an effort to accept all types of music. Sometimes musicians risk being isolated and avoiding one type of music or another, ”he said. “I play classical music, jazz and rock. I play drums in a folk / blues band, and of course Latin music, and I like to keep this diverse aspect of music in my life and teaching.

What memorable moment in the workplace stands out?

Memorable moments in the musical workplace have centered around the performances of jazz ensembles, typically performances that have pushed boundaries or taken risks. One semester we made an instrument with PVC pipes to extend the reach of a marimba. Other examples include arranging and performing the music of James Brown, a student drummer beating on a metal sculpture, rap and LP scratching as part of the performance, and joining the ensemble myself. , playing piano, drums, bass and vibraphone.

Without what can’t you live?

Name your favorite place on campus.

From the French room to the river.

Unique music and unique and creative people – creative and forward thinking in any field or discipline.

What are you reading now?

“The Appalachian Trail: A Biography” by Philip D’Anieri; “Leadership in Times of Turbulence” by Doris Kearns Goodwin; and “The Three Bodies Problem” by Liu Cixin.

Who has had the greatest influence on your career path?